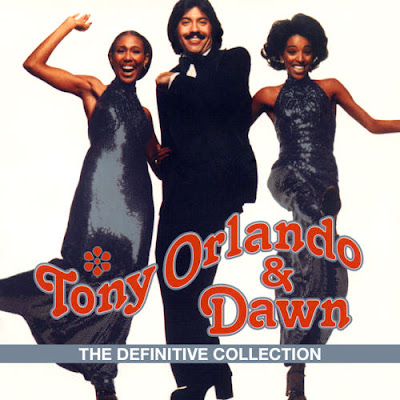 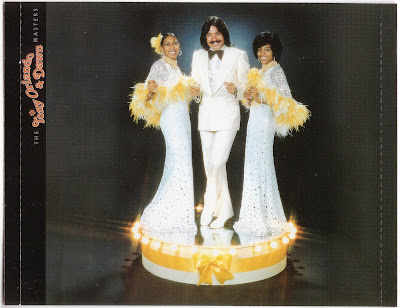 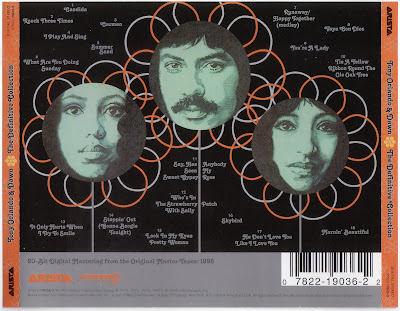 
THIS REVIEW IS FROM: DEFINITIVE COLLECTION (AUDIO CD)

Arista Records has a hard time fathoming the meaning of the word, "definitive." This is but one in a string of compilations for various artists that they've slapped that label on, and I have yet to hear one that is true to the word.

Like a number of acts from the original Bell Records roster, Tony Orlando & Dawn's catalog predates the advent of CDs by at least ten years. Of course, by 1984 (or thereabouts) most of these acts were profoundly un-hip to like or listen to. That may explain why it has taken so long for Arista (and other labels) to re-issue similar material, but it doesn't explain how such compilations fail to "define" the works of a singer or group.

Case in point: Bell/Arista released at least five original albums by Orlando & Dawn between '69 and '75. Of these, only the first three albums are well-represented here. "Prime Time" and "Skybird" were pretty catchy albums, but each of them is represented by one track here. Maybe "hit singles" are 'defining moments', in Arista's view, but there is a lot of great material that got passed over for the sake of including all the hits.

Similarly, the group's first Elektra album ("He Don't Love You...") is poorly represented (two cuts) and not a single track from "To Be With You" made the cut. "Cupid" was a Top 40 hit with an inventive arrangement, and the group's cover of "Midnight Love Affair" was also a keeper....but they're nowhere to be found. This is label laziness at it's most annoying, and I can't blame any fan who feels cheated by relevant omissions.

On the plus side, as I said, all the (Bell/Arista) hit singles are here. The earliest tracks are the simplest and perhaps the most effective; the Brill Building influence is very much in evidence. It also struck me how '70s-Urban these tracks sound...maybe not a 'multi-cultural' musical touchstone, but definitely a latin/soul/pop synthesis that produced some compelling material.

This "streetwise" influence faded with time, though the Medress/Appel productions continued to be tuneful and fairly intricate. Starting with "Dawn's New Ragtime Follies" and the inevitable "Tie A Yellow Ribbon...", the group veered for the middle of the road and never left. This is also due to the success of their TV variety show, where they were expected to clown around as much as they sang. Reduced to a guilty pleasure for fans, it's unlikely they would have survived the '70s if Tony hadn't already quit.

Still, even as frothy Pop music, Orlando and Dawn were competent and very listenable. And while there is reason to dispute the title of this collection, there is much to recommend in it. My favorites include "Summer Sand," "I Play and Sing," "Steppin' Out" and "Skybird." Fans who only know the group's biggest hits should be pleased by the lesser knowns here, like "Mornin' Beautiful" and "Carmen." The group's cover medley of "Runaway" and "Happy Together" pales in comparison to the original single versions, but that's about the only "stiff" in this collection.

As a sampler, this CD is more than adequate for providing hits. As a comprehensive collection of the group's "best," it is flawed, but not useless. A two disc collection would have been a blessing, particularly if Arista unearthed some genuine rarities. Since it's unlikely that a real "definitive" collection is in the works, Orlando & Dawn fans will have to be happy with this CD.
Posted by disco2go at 12:19