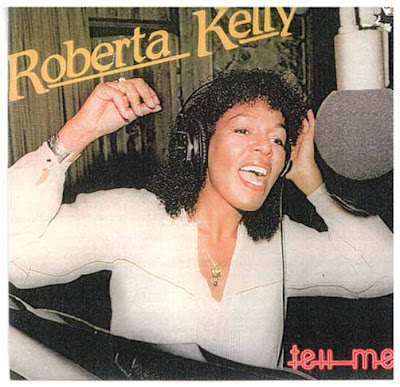 Roberta Kelly is an African American singer born in 1942 in Los Angeles who scored three hits on the Hot Dance Music/Club Play chart in 1976-78. Her biggest hit, "Trouble-Maker", spent two weeks at #1 on that chart.

Prior to releases in the U.S. through composer Giorgio Moroder's Oasis record label, during the 1970s, Kelly recorded a single in Germany entitled "Kung Fu Is Back Again", released on Atlantic and produced by songwriter/producer Pete Bellotte.

After the 1974 single "Kung Fu Is Back Again", she released the single "Love Power" (b/w "Drifter"), a cover version of a 1967 hit for The Sandpepples, written by Teddy Vann, and later made famous as part of the repertoire of Luther Vandross. She also released the album "This is Roberta Kelly" in 1975, a collection of soul funk.

In April 1976, she turned to disco with the single "Trouble-Maker" (b/w "The Family") and released an album by the same name. The album contained 5 tracks, including an extended version of "Love Power".

In 1977, she released Zodiac Lady, a controversial album that Casablanca Records, during the disco heyday, refused at first to release.[citation needed] Imports from Italy swamped the international dance floors, creating a blockbuster hit in the title track and songs such as "Love Sign". Many feel this album was the warm-up to the Moroder/Bellotte team dabbling with retro flavors, as the precursor to Donna Summer's "I Remember Yesterday".[citation needed] This album spawned a twelve-inch single, "Zodiacs," which had major club and radio play. "Funky Stardust" (b/w "I'm Sagittarius") was a 7" single release from this album, in addition to "Zodiacs" itself. "Love Sign" (b/w "Funky Stardust") was released as a single in Italy only.[citation needed] Casablanca released this album under NBLP 7069. Both "Trouble-Maker" and "Zodiac Lady" were produced by Moroder & Bellotte.

The album Gettin' The Spirit followed in March 1978. Produced by Giorgio Moroder & Bob Esty, it is an album consisting entirely of gospel songs, performed in the disco style. Allegedly, the album reflected Kelly's commitment to becoming a Christian.[citation needed] It has long been rumoured that is was Kelly who led label-mate Donna Summer to becoming a "born again" Christian as well.[citation needed] The album featured dance versions of the Edwin Hawkins-penned gospel classics, "Oh Happy Day" and "To My Father's House," with both songs released on one 7" single. The single "Gettin' the Spirit" was also released with a disco version of the George Harrison-penned song, "My Sweet Lord," on the flipside.

When Pope John Paul II succeeded Paul VI in 1979, Kelly released the single "John Paul II" (b/w "Tribute to Love"). The single never made it onto an album, but the "Tribute to Love' did in the late 1980 release, Roots Can Be Anywhere. By this time, Kelly was no longer with Casablanca Records. Two singles were released: "Kabacka Shaka (b/w "Little Mary Jo") and "Roots Can Be Anywhere" (b/w "Miel Masai"), but the album had limited success probably due to limited distribution.[citation needed] It was available with two different covers and was produced by Michael Holm.

In 1981, Kelly released the album Tell Me through Baby Records in Italy, featuring "Patty Cake" (b/w "Making it to the Top") as a single, produced by Jürgen Koppers.

From 1975 till 1983, she also performed as a back-up singer with Thelma Houston and on a number of Donna Summer's albums.

After that, Kelly's next release was not until 1995,[citation needed] when she released "The Sound of Color" and the single "Jubilee in Germany," celebrating the 50th anniversary of the end of World War II.

During the summer of 2008, Kelly resurfaced with the single, "America (The Sound Of Colour Realized)." She is now working on a new album by the same title.[