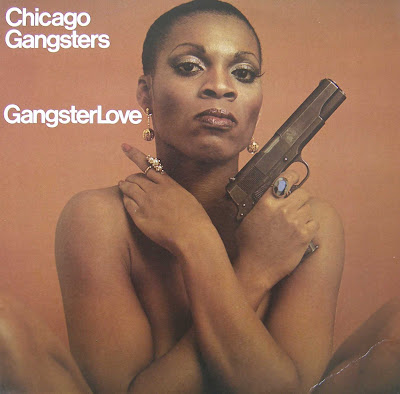 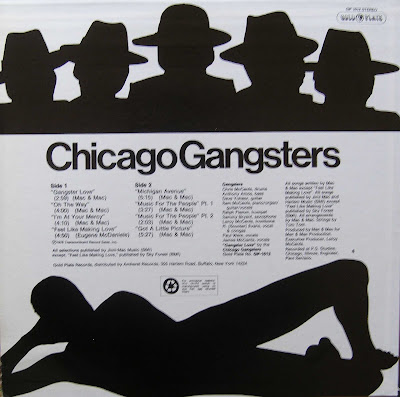 An extremely rare funky soul album never released on cd.
A mix of funky tracks, ballads and grooves.
A funky group with great albums in the 70’s but stayed unknown.

Creators of that old-school break "Gangster Boogie," the Chicago Gangsters were a family act: James Leroy, Sam, and Chris McCant. Whether they were actual gangsters I suppose we'll never know, but they did record a song called "I'm An Outlaw" in 1977. As is usually the case with famous samples, "Boogie" did not crack the charts when released in 1975. The Gangsters got to charts when they decided to show their sensitive side on their version of "I Choose You," the love theme from The Mack. They dropped the city affiliation and recorded as The Gangsters from the late 70s to early 80s on Heat.

Blind Over You (Gold Plate, 1975)
The album is pretty much legendary for "Gangster Boogie," but "Blind Over You" and "I Choose You" are worth hearing too.

Gangster Love (Gold Plate, 1976)
This is allegedly out on compact disc, but I have never seen it. The title cut was an early 12-inch single.