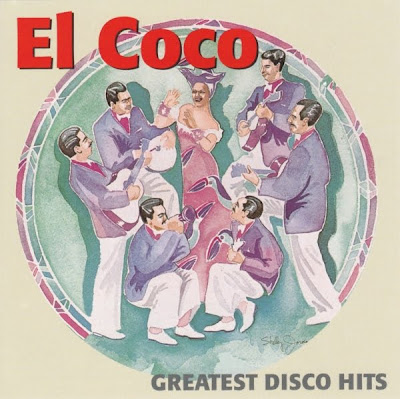 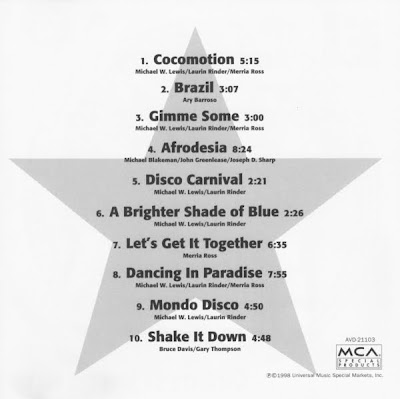 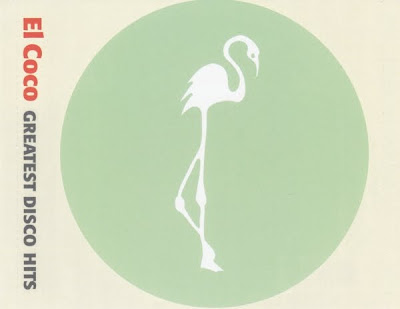 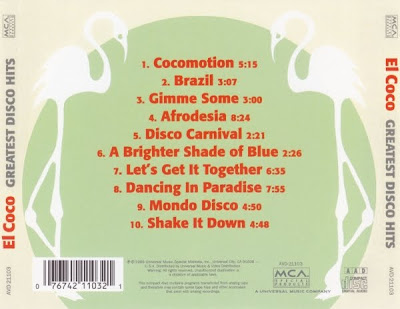 The producers behind El Coco, Laurin Rinder and W. Michael Lewis, put out a boatload of Disco material from the mid 1970s into the early 1980s under a variety of fictitious studio groups. Most of their material has never seen the light of day on CD so it is satisfying to see that MCA/Universal Music has compiled an El Coco Greatest Disco Hits CD. Comprised of ten tracks, MCA chose some of El Coco's best for this greatest hits collection.

Unfortunately, many of the songs are edited especially the incomparable 1977 Disco classic, Cocomotion, which originally ran over ten minutes on the Cocomotion album. An "almost" complete version sans the last fifteen or so seconds appears on the now out of print CD, Disco 54: The AVI Collection. Disco Carnival and Mondo Disco are also edited versions.

The oddball track is Shake it Down from 1982 that is nothing like previous El Coco tracks in that it is an attempt at 80s Disco-Funk with black male vocals instead of the usual females. Would have preferred if they had left this track off so that we could have gotten a complete version of another track.

El Coco's Greatest Disco Hits is a budget release so there are no liner notes or photos, but the music speaks for itself.

This CD contains many of Rinder & Lewis' greatest El Coco Disco songs from the AVI catalogue. This compact disc has a ridiculously low price tag and very good audio quality so grab it despite some edited tracks as it is the only way to get most of El Coco's greatest hits on CD.