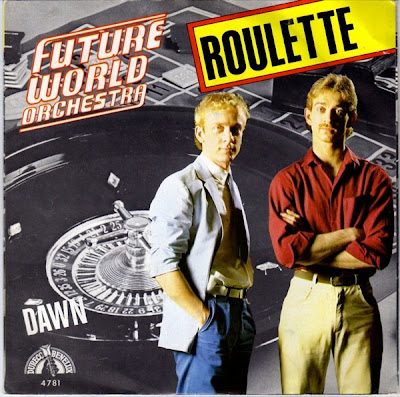 "Fascinated by the phenomenon "synthesizer" Dutch duo Robert Pot and Gerto Heupink started making electronic music in 1980 under the name Future World Orchestra. Robert`s biggest influence is the notorious keyboardplayer Tony Banks from the legendary symphonic rockband Genesis. He used to play along with their music and so learning a great deal.FWO was a very popular band in the early eighties and they had some significant hits with the singles "Desire" and "I'm not afraid of the Future" which showed a crossover between electronic music and symphonic pop. At this time they were invited frequently to play at TV-shows. In this period they produced two LP`s, "Mission Completed" and "Turning Point"."Thema From ET", a cover of the film tune by John Williams broke the sales figures of the original. After doing some live-shows, Gerto left and Robert continued FWO but no albums were released anymore until the compilation-CD "The Best Of" in 1999.In 1990, Rob was invited by the famous Dutch producers and musicians Rob and Ferdi Bolland to contribute some instrumental material for their album "Danwin, The Evolution".This was a concept-CD in the style of The Alan Parsons Project on which a lot of famous musicians contributed like Ian Gillan (Deep Purple), Colin Blunstone (Zombies, The Alan Parsons Project), Suzie Quatro, Falco and Barclay James Harvest.Robert composed the pieces "The Beagle", "After The Rain", "The Jungle" and "Origin Of Species". These tracks can be found on "The Hidden Files".Now 10 years after "Darwin.. ", Robert is back in the spotlight with a new album which consists of material he composed during this period.lt is almost like time stood still in the last twenty years because on "The Hidden Files" Robert still makes the same soft symphonic and very melodically instrumental tunes which FWO was famous for.Let's hope Robert has some more hidden files somewhere in his Studio. And the ghost of Tony Banks walks around throughout the album."
Posted by disco2go at 22:02

I love disco2go.blogspot.com! Here I always find a lot of helpful information for myself. Thanks you for your work.
Webmaster of http://loveepicentre.com and http://movieszone.eu
Best regards