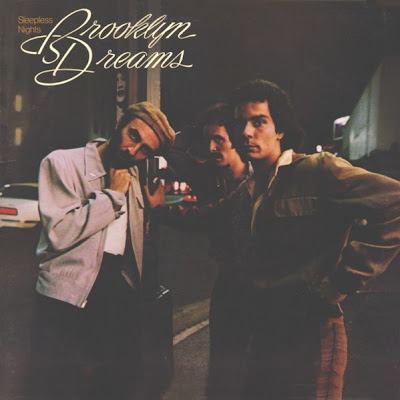 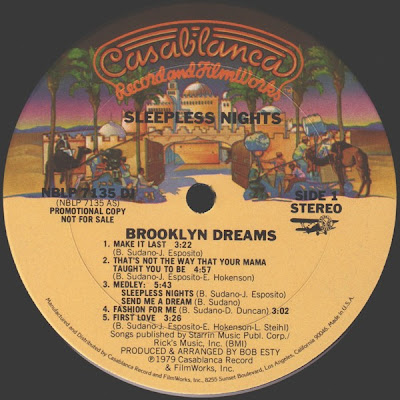 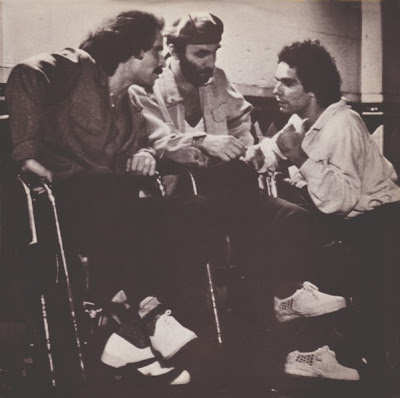 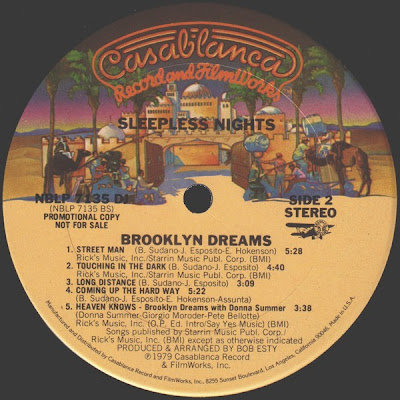 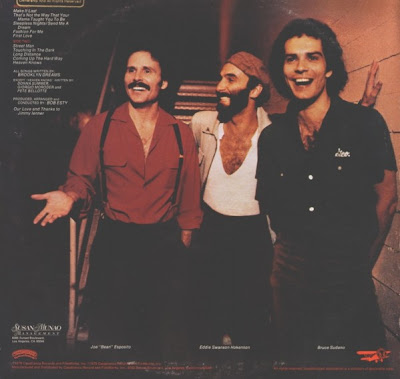 The Brooklyn Dreams was a successful singing group of the late 1970s and early 1980s mixing R&B and doo-wop harmonies with contemporary dance/disco music and best-known for a number of collaborations with singer Donna Summer. The band consisted of Joe "Bean" Esposito, Eddie Hokenson and Bruce Sudano. Esposito provided lead vocals for the band and played guitar, while Sudano played keyboards and Hokenson played drums and occasionally sang lead vocals.

The group was founded by three departing members of The Mystics. Their biggest hit was the single "Heaven Knows", a single by Donna Summer featuring Joe Esposito on second lead and the group singing backup. Released on the Casablanca label in January 1979, the single reached # 4 on the Billboard Hot 100. A version of the song is featured on Summer's Live and More album. Their version of the song appears on the band's 1979 album, Sleepless Nights, with Esposito singing the lead vocal and Summer singing second lead with the group again contributing backing vocals, and credited as "Brooklyn Dreams with Donna Summer". The band sang backup on other tracks from several Summer albums during this period.

Their self-titled debut album Brooklyn Dreams (1977) received positive critical reviews, comparing the group's harmonies to those of The Righteous Brothers. Singles "Sad Eyes" and the dance track "Music, Harmony and Rhythm" were modest hits. The latter song has been sampled over the years by various Hip hop artists. While the album was a modest a hit, the group gained public awareness via an appearance as "Professor La Plano and The Planotones" in the 1978 film American Hot Wax.

Their sophomore effort Sleepless Nights (1979) was a greater commercial success for the group as it featured their musical collaboration with their label mate Summer. The group toured as opening act for Summer and found itself hosting the Midnight Special[2] and performing on the popular talk shows The Mike Douglas Show and The Merv Griffin Show, as well as Dick Clark's American Bandstand, Solid Gold and "Don Kirshner's Rock Concert". That year, the band co-wrote "Bad Girls" with Summer, and the single topped Billboard's Hot 100, Hot Black Singles and Hot Disco charts. Their own "Make It Last", however, did not improve on earlier chartings.

Their third album Joy Ride (1979) was a solid effort effort but moved them farther away from their R&B roots. Produced by Summer's recording engineer Juergen Koppers, but did not have the support of Casablanca, which was having a financial crisis, the album did not generate a chart single had a much more Euro dance sound. Casabalanca (which distributed the band's label, Millennium) had changed direction by 1980 with the demise of Disco with which it was closely related, and chairman Neil Bogart's departure. Summer also departed the label for the new Geffen Records.

"Won't Let Go" (1980) was the last album by the group which was moving away from the labels push to Disco, and closer to a R&B pop sound they originally intended to produce . "Won't Let Go" received overall good reviews. Members of the group by this time were already pursuing other projects separately or together, but not under the name Brooklyn Dreams.

Sudano and Summer would later marry. Sudano notably co-wrote the Dolly Parton hit "Starting Over Again", and a number of album tracks for Summer. Sudano released his first solo album, Fugitive Kind, for Millennium/RCA in 1981, which included his own recording of "Starting Over Again". The song was recorded again in 1997 by Reba McEntire and was the title song of her CD. Sudano released his second solo album, Rainy Day Soul, twenty-three years later, in 2004. Sudano was voted AC artist of the year by New Music Weekly. Sudano's next CD, Life & the Romantic, was set to be released in March, 2009.

Esposito went on to solo success on numerous movie soundtracks, notably Flashdance, The Karate Kid and Coming To America, for which he recorded a duet with Laura Branigan. He also released three solo albums "Solitary Man" with Giorgio Moroder, " Joe, Bruce and 2nd Avenue" the most recent being Treated and Released in 1996. In 2008 and 2009, Esposito was working on tracks for a new solo album.