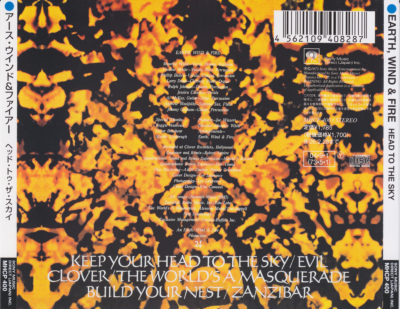 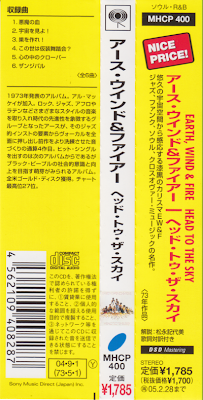 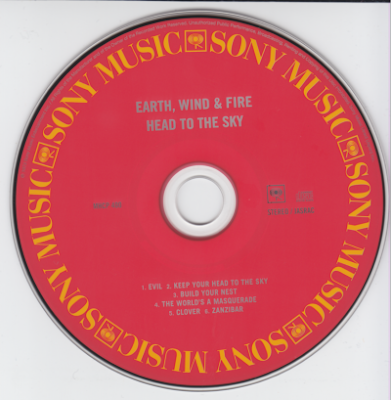 Head to the Sky is the 4th studio album by Earth, Wind & Fire, released in 1973. Their 2nd album on Columbia Records, Head to the Sky was EWF's first commercially successful album and it has been certified platinum in the United States for sales of over a million copies. The album was paid tribute to in the music video of Erykah Badu's song Honey.

As phenomenally popular as Earth, Wind & Fire was from the mid-'70s to the early '80s, it's easy to forget that the band was hardly an overnight success. With Head to the Sky -- EWF's fourth album overall, second with Philip Bailey, and second for Columbia -- Maurice White's very spiritual and ambitious brand of soul and funk was starting to pay off commercially. The Latin-influenced "Evil" became the soulsters' biggest hit up to that point, and material ranging from the hauntingly pretty title song (which boasts one of Bailey's finest performances ever) to the jazz fusion gem "Zanzibar" is just as rewarding. The lineup White unveiled with Last Days and Time was working out beautifully; Bailey was clearly proving to be a major asset. Also worth noting is the presence of singer Jessica Cleaves, who left after this album and, several years later, resurfaced in George Clinton's eccentric female group the Brides of Funkenstein. EWF still had what was basically a cult following, but that was beginning to change with Head to the Sky. And when EWF took off commercially in 1974 and 1975, many new converts went back and saw for themselves just how excellent an album Head to the Sky was.
Posted by disco2go at 10:53