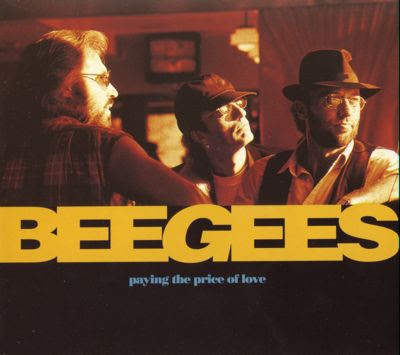 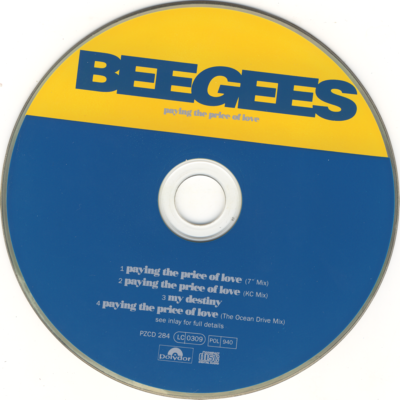 
This is the original UK pressing. Includes an unreleased track.

"Paying the Price of Love" is the first single off the Bee Gees' album, Size Isn't Everything. It was more reminiscent of the Bee Gees disco era than recent singles. With an uptempo hip-hop beat and soaring falsetto vocals, it was too heavy for adult contemporary radio, which is where the Bee Gees were primarily played in 1993. It reached the top 10 in Belgium and the top 40 in Austria, France, Germany, Italy, The Netherlands, and the UK. In the US, it did chart on the Billboard Hot 100, reaching #74, and made the top 30 on the A/C chart.

The promotional video for the song showed the brothers performing the song as holograms on a futuristic version of MTV--which could be considered ironic, as the video never aired on the network, but rather on its companion channel, VH1.
Posted by disco2go at 10:47