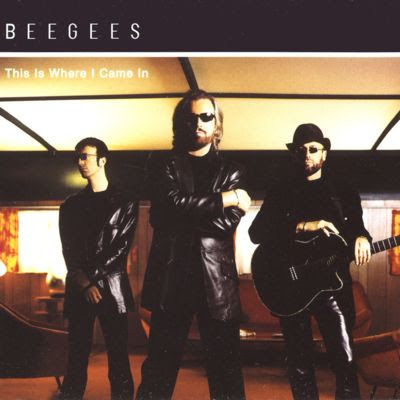 This is the original UK pressing.

"This Is Where I Came In" is a song by the Bee Gees. It was the first and only single from their final album and was featured as the last song performed on the live Bee Gees 1997 PBS special One Night Only before the album release of This Is Where I Came In as an "experimental" song at that time the song was titled "This Is Just (Where I Came In)" before being changed and shortend to the current song title, This Is Where I Came In, released in 2001. The song is a bluesy pop ballad written by Barry, Robin and Maurice Gibb. It reached #18 in the U.K. and #25 in Germany, but was not released in the U.S. "Just in Case" is a song from 1997, which was shown in the writing stages on the Bee Gees 1997 documentary Keppel Road. "I Will Be There" is a song from 1999 and presumably the demo version for Tina Turner, who recorded it on her 1999 album Twenty Four Seven.
Posted by disco2go at 18:45