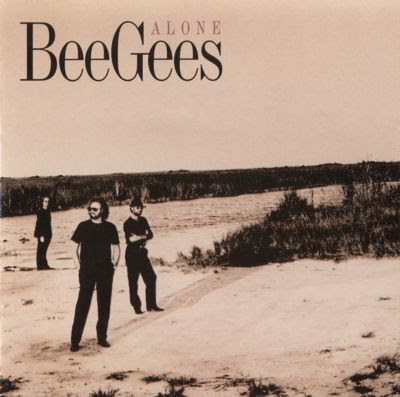 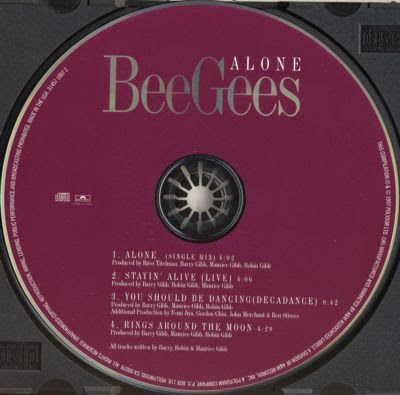 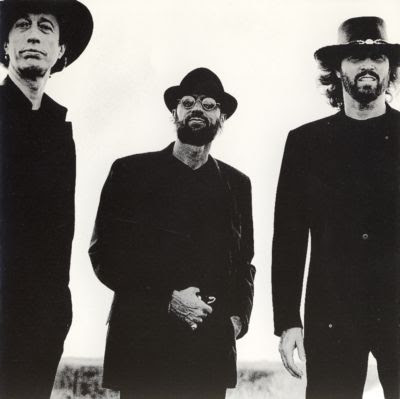 
This is the original US pressing.

"Alone" is a song by the Bee Gees. It is the opening track on the multi-platinum Still Waters album released by the Bee Gees in 1997, and the first single from the album. The song is a pop ballad written by Barry, Robin and Maurice Gibb and recorded in 1996. The track was a big hit worldwide, peaking at #5 in the UK and dominating the charts in Hong Kong, Thailand and Malaysia at #1. This was also their last top 10 single on the MTV Asia Hitlist chart until their song "This Is Where I Came In" in 2001. In the U.S. the single peaked at #28, making it their final top 40 hit in that country.

Maurice Gibb explained about the track:

"That was one of the first ones we wrote for the album. I really remember having a good time writing it. We were sort of set up in the studio here with the three of us just together and I got some bagpipe sounds. We were just screwing around. And BG programmed this groove on the computer. We thought it was cool. We don't actually go in and plan to write a ballad or an R&B song. We just say, 'Let's go that route.' And we'll follow it. And Alone came out of that. I love the line 'I'm on a wheel of fortune with a twist of fate.' Because of the harmony and that chorus, it was like a bit of '50s as well. And I like the idea of being that sort of Beatlesque type of song. I wanted that rambling. That sort of Byrds type, the twelve string thing going, but we just did it with the bagpipes instead and made it all connect. It was a very exciting demo. We weren't too sure about the bagpipes, but Robin actually persisted. He said, 'They're great; you gotta keep the bagpipes."

Today, I went to the beachfront with my children. I found a sea shell and gave it to my 4 year old daughter and
said "You can hear the ocean if you put this to your ear."
She placed the shell to her ear and screamed. There was a hermit
crab inside and it pinched her ear. She never wants to go back!

LoL I know this is completely off topic but I had to tell someone!

Pretty great post. I just stumbled upon your blog and wished to say that
I have truly enjoyed surfing around your blog posts. After all I
will be subscribing to your rss feed and I'm hoping you write again soon!