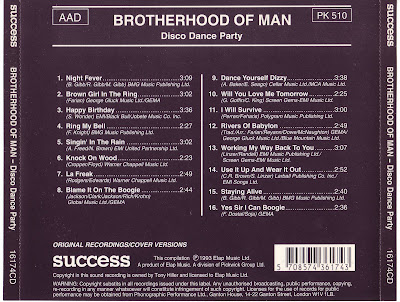 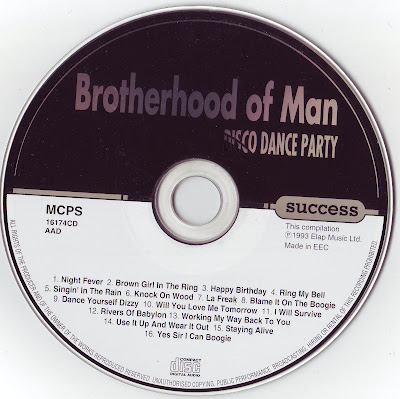 Brotherhood of Man are a British pop group who won the Eurovision Song Contest in 1976 with "Save Your Kisses for Me".

The group was created by songwriter and record producer Tony Hiller in 1969 and scored a worldwide hit with "United We Stand" the following year. By 1974 the line up had changed to the quartet Brotherhood of Man would become most famous for. The group became successful in Europe, before returning to do the same in the UK. After winning the Eurovision Song Contest in 1976, Brotherhood of Man enjoyed three years of hit singles and albums.

Following a decline in sales, the group split, but reformed two years later and are still together today, performing shows throughout Europe. They remain a successful live act in the UK and have occasionally released independently-produced albums.
Posted by disco2go at 11:10

Many thanks for this album!