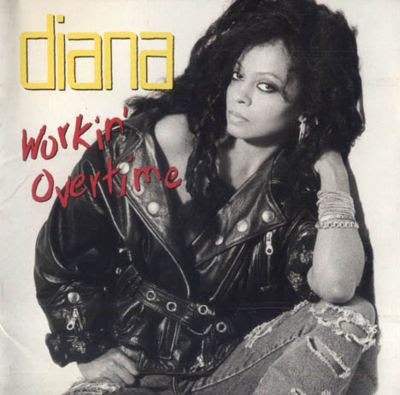 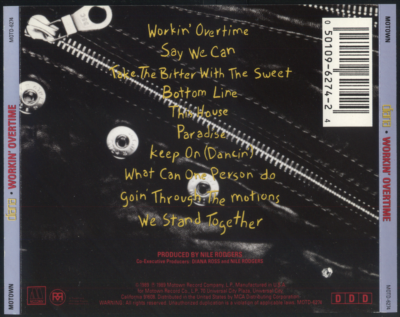 Workin' Overtime is a 1989 album released by American soul singer Diana Ross, released on the Motown label. It was Ross' first Motown album since 1980's diana after Ross left the label for a then-record breaking $20 million deal with RCA. Upon Ross' return to the label, Motown founder Berry Gordy, Jr. had sold the label to MCA Records and had positioned Jheryl Busby to the head of Motown. Ross was at first reluctant to return to her old label but Gordy promised her a lot in her return: not only would Ross return to Motown as a recording act, but she would be the label's part-owner. Ross reunited with collaborator Nile Rodgers to make this album which was an attempt to gear her to a much younger audience bringing in new jack swing productions and house music.

Upon its release, the album failed to generate sales and despite the Top 5 R&B hit with the title track, the album disappeared quickly, reaching only #116 on the Billboard 200 album chart (earning the dubious distinction of being the lowest charting studio album of Ross' entire solo career). Additional singles "This House" and "Bottom Line" were issued, as well as a remix of "Paradise" remixed by Shep Pettibone, but all failed to revive the project.
Posted by disco2go at 14:02