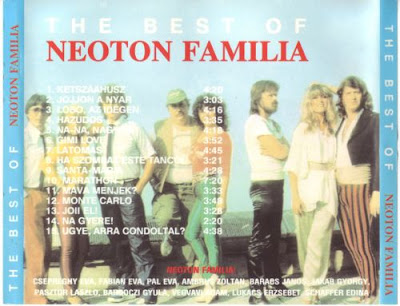 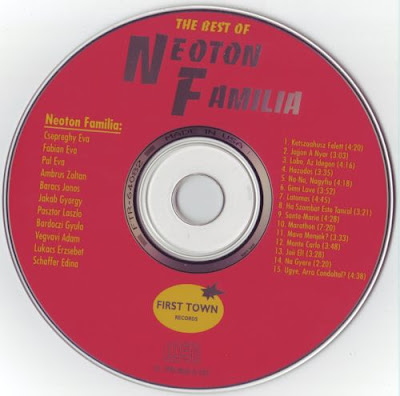 
Neoton Família (or in some countries, The Newton Family) was the one of the most successful Hungarian pop-bands, spanning several decades, with changes in members and line-up. Most active from 1977 to 1989, they released albums and toured in several foreign countries, also producing many of the most known hit songs in the country.

The band was founded in 1965 by László Pásztor and Lajos Galácz, studying Economy in Budapest, on the occasion for entering the school's annual Santa Claus music contest. Out of the two bands entering, Neoton, named by their Cheslovakian guitar finished second. Three years passes until their first major success, winning of the country-wide Who Knows What contest in 1968 with the song Nekem eddig Bach volt a mindenem. The same year marked the release of their first hit song Kell hogy várj. In 1971 they released their first album, Bolond város, featuring Lajos Som and Ferenc Debreceni, future drummer of the band Omega. While sales did not go well, it helped them to arrange a tour in Africa. After arriving home, some members quit, and the fate of Neoton became uncertain.

From 1973 to 77 they cooperated with girl band Kócbabák, who first appeared at 1972's Who Knows What. After a joint album, the two group decided to merge, with a renewed style and name, becoming Neoton Família. They released an album in the same year titled Csak a zene, and toured socialist countries.

1979 proved to be a turning point for Neoton Família, as they got the chance to accompany the Hungarian entrants on the Midem festival in Cannes, and also play a few tracks of their own - gaining the interest of some foreign music industry officials. They released the album Napraforgó, which finally secured their fame, later producing an English version, that became a hit in Japan, Denmark and the Philippines and several other states. The following years proved to be busy, including a Japanese tour of 42 cities. For 4 years onwards, the band released an album in each year, with more and more composers working on the team, a condition that not only provided great songs, but suspense. This led to the dissolvement in 1990.

Most of the members continued their musical careers (touring as Neoton and Éva-Neoton). György Jakab was diagnosed with a terminal illness, passing away in 1996. His dream, a last concert was produced without him, but to his memory, in 1998. Answering the pressure of the fans, another concert was held seven years later, in 2005, following several more in the oncoming years under the name Neoton Família Sztárjai.
Posted by disco2go at 11:02