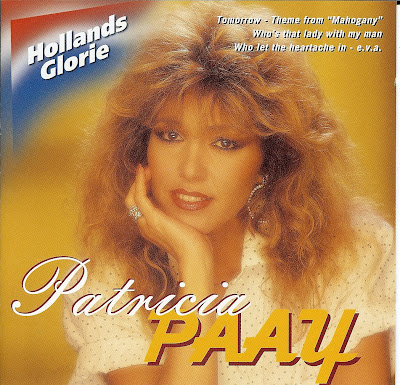 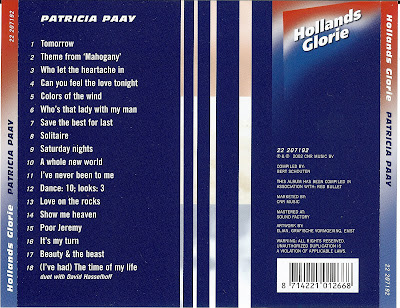 
Patricia Anglaia Margareth Paaij (born April 7, 1949), best known as Patricia Paay, is a Dutch singer, radio host, glamour model and television personality. In the Netherlands, she is well known for her musical career, which spans over four decades. She is also regularly featured on Dutch television and in Dutch tabloid media.

She met Adam Curry and retired from music in the Netherlands in the mid-1980s to set up home with Adam in the U.S. and help develop his career. She now lives in the UK with her daughter Christina Curry. Her ex-husband Adam is back in America. Paay sang many of the popular music remixes under the Stars on 45 brand name and was a member of the spin-off act Star Sisters, alongside sister Yvonne Keeley.

On 20 May 2009, the Dutch weekly gossip magazine Story published an interview with Patricia Paay saying that she will divorce after 20 years of marriage.

Being Dutch and popular in the Netherlands, perhaps Mrs. Curry-Paay's best known release there (English language) was her 1977 cover of the Robert Knight hit, co-written by Buzz Cason and Mac Gayden, and made famous by Love Affair in 1967, 'Everlasting Love'; from her album, The Lady Is a Champ.

In 2008 Paay participated as a judge on Holland's Got Talent. It currently airs on SBS 6 hosted by Gerard Joling. Co-Judging with Paay is Henkjan Smits (who in the past also judged Idols and X Factor) and Robert Ronday (manager of Circus Herman Renz).

In 2010 she was the main guest in an episode of the television show Gehaktdag.

In 1984, Paay was the first glamour model in the Dutch edition of Playboy. In November 2009, it was reported that Paay would pose for the December 2009 issue of the Dutch version of the magazine at age 60. It will be the third time she has posed for Playboy.
Posted by disco2go at 10:28