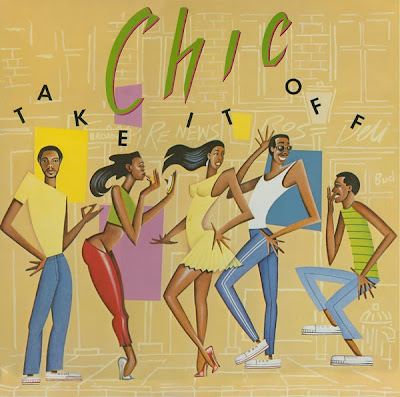 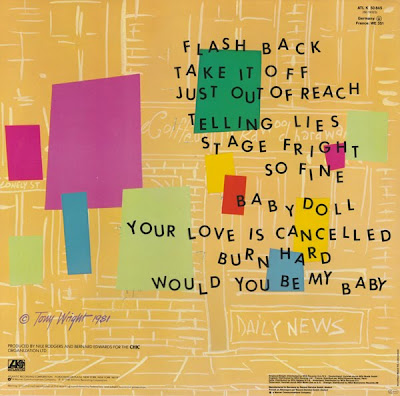 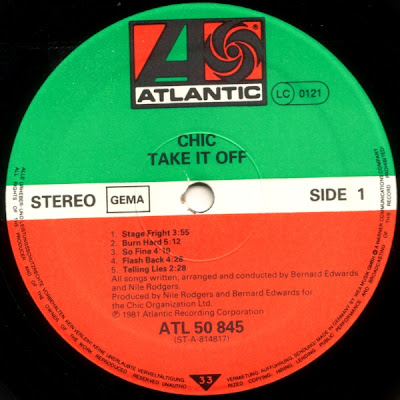 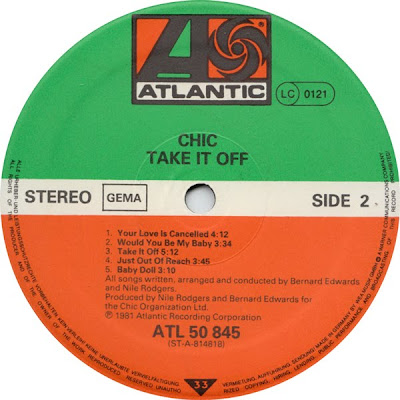 
Take It Off is the fifth studio album by American R&B band Chic, released on Atlantic Records in late 1981. The album includes the single "Stage Fright" which did reach #35 on the US R&B chart, it was however the first Chic single failing to enter the US Pop charts, and the Take It Off album only proved to be moderately successful as well, stalling at #124 on the US albums chart and #36 on the R&B chart.
Take It Off was one of three albums to be written and produced by Bernard Edwards and Nile Rodgers in 1981, the other two being Blondie lead singer Debbie Harry's debut solo album Koo Koo and Johnny Mathis' I Love My Lady - which remains unreleased.
Take It Off was transferred to compact disc and re-released by Atlantic Records/Warner Music in 1991.
The album was digitally remastered and re-issued by Wounded Bird Records in 2006.