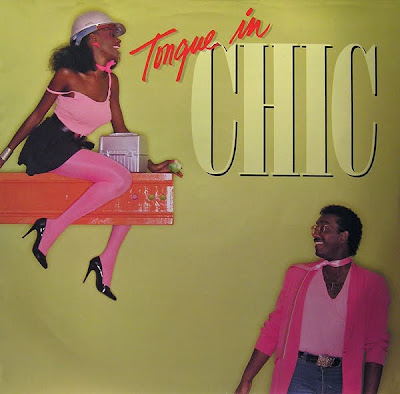 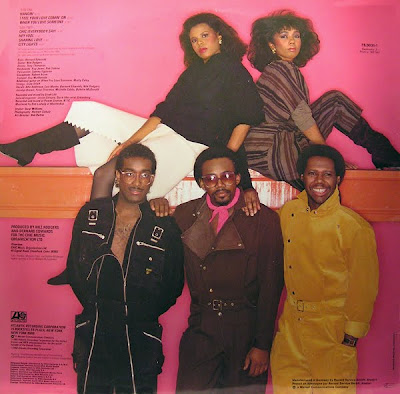 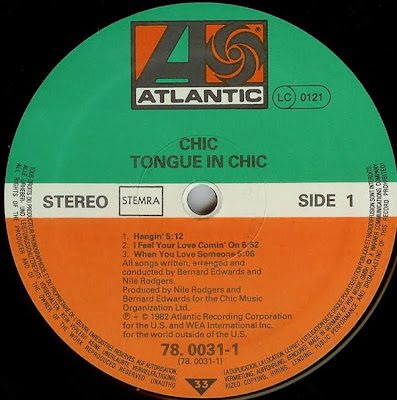 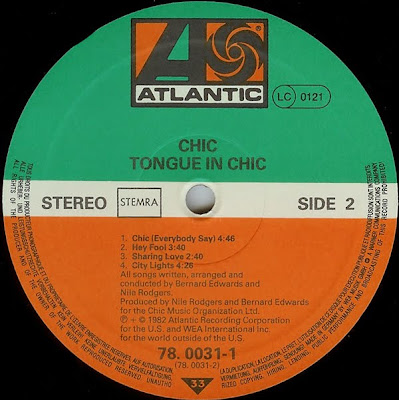 
Tongue In Chic is the sixth studio album by American R&B band Chic, released on Atlantic Records in late 1982. The album includes the single "Hangin'" (R&B #48). Tongue In Chic was the second Chic album to peak outside Billboards 100 chart (#173), it did however reach #47 on the R&B chart.
The album was the second of two projects to be written and produced by Bernard Edwards and Nile Rodgers in 1982, the other being the soundtrack to movie Soup For One.

The Tongue in Chic album was transferred to compact disc and re-released by Atlantic Records/Warner Music in 1991.
Tongue In Chic coupled with 1980s album Real People was digitally remastered and reissued by Wounded Bird Records in 2006.

All tracks written by Bernard Edwards and Nile Rodgers.
Side A: