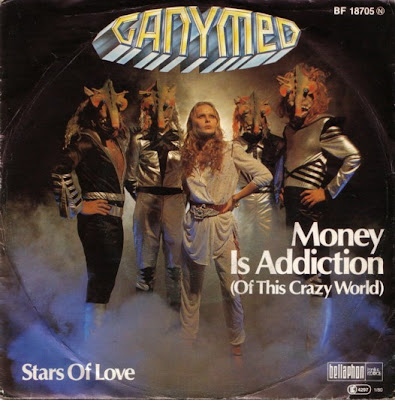 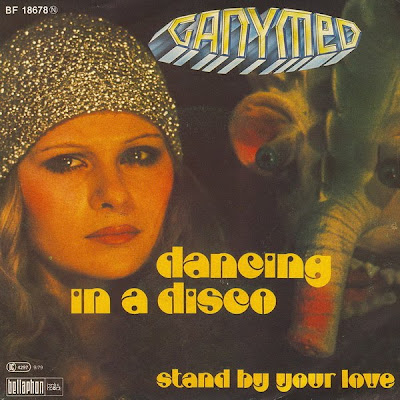 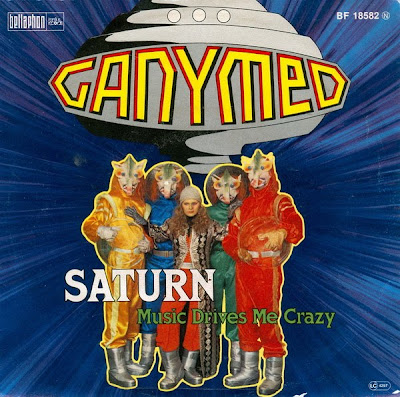 Profile:
Ganymed was an Austrian space disco band founded in 1977.

1979 would see the release of their second album, “Future World”. The album’s title track was released as a B-side to “Dancing in a Disco”. Afterwards, they released their final album, “Dimension No. 3”, plus a non-album single, “Money Is Addiction (Of This Crazy World)” in 1980. At their last concert in 1981, Falco played bass for the group. Ganymed officially broke up in 1983.