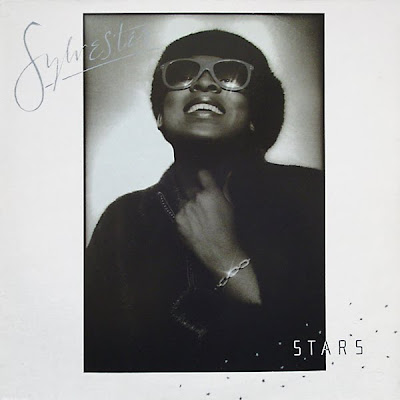 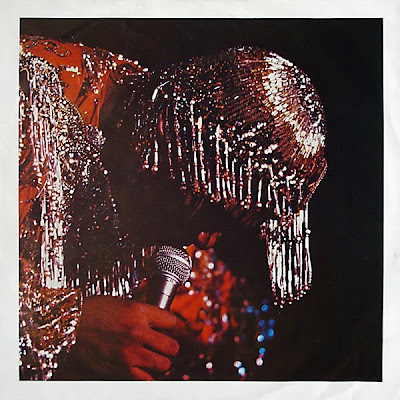 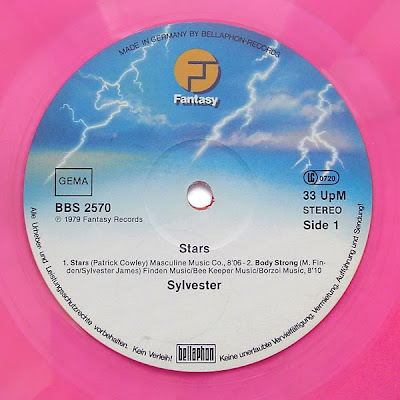 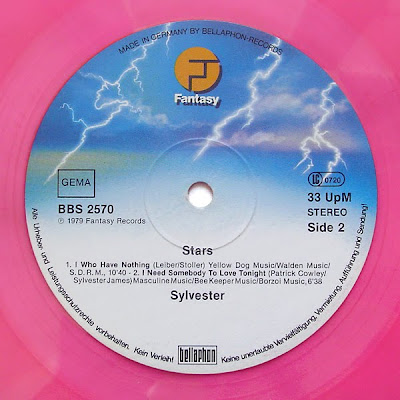 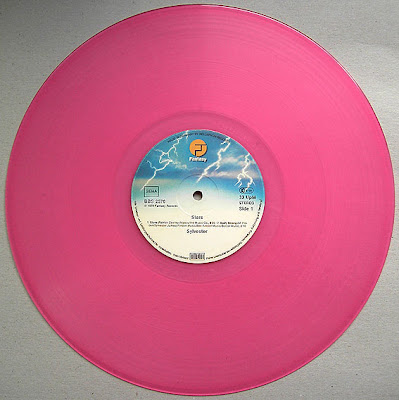 NOTE: The actual track duration times are longer than listed on the label. Approximate times are as follows -

This is like a hardcore conceptual disco album. It only has 4 songs but each is very long - over 6 minutes-. Themain track "Stars" was written for Patrick Cowley for a big warehouse party. There is a remixed version of this album as well but the original is much better.

1. Stars
2. Body Strong
3. I who have nothing
4. I need somebody to love tonight

1. I (Who have nothing) 3:59 b/w I need somebody... Spain (Hispavox 45- 1853) picture sleave ( it seams like its one of the pictures of him that appeared in GQ magazine. He's wearing a white jacket, short hear ,sun glasses and smoking) This is an edited version of I (who have nothing) and the edit is excelent keeping all the good parts
2. Stars 12" (fantasy)
3. I (who have nothing) 12" (fantasy) slightly different from the album version
Posted by disco2go at 19:19