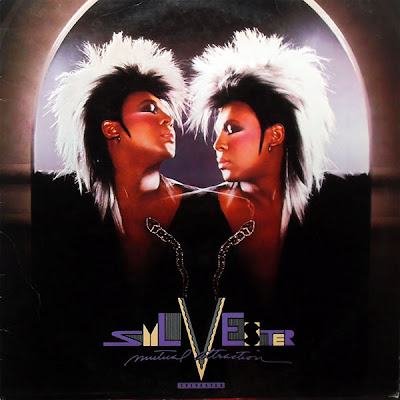 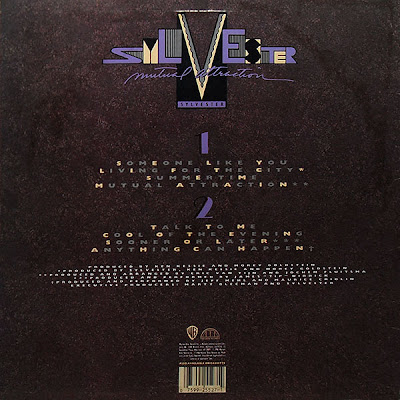 Also released in Spain by Grind records Netherlands by Dance Injection In the inner sleave of the original vynil you see a very depressed & Saddened looking Sylvester in drag. He dedicates the album to all those who have passed away due to AIDS. The album is diverse. A lot of ballads , in any case not as disco dance as his previous album. Feauters some adult contemporary tracks.

1 someone like you
2 Living for the city (S.Wonder cover)
3 Somertime (Gershwin)
4 Mutual Attraction
5 Talk to me ( original track written by Modern Rocketry and Syl)
6 Cool of the evening
7 Sooner or later (original Wirrick)
8 anything can happen

1 Living for the City 12" (Megatone) (feauters different mixes/ a very good dub)also released in Spain by Victoria records
2 Someone like you 12" (Warner Bros.) also Grind in Spain"The Sleave is an original drawing by Keith Herring.It feuters different mixes of the 1 track, they all sound simmilar.
3 Mutual Attraction 12" (Warner Bros) Feauters remixes by Stevc Thomson and Micheal Barbiero. It also feauters an acapella version of the track. Grind records in Spain also released this on 7" vynil.
4 Sooner or later 12" (Warner Bros) Also Grind in Spain has a nice photograph of Syl on the cover with Red skyrocketing hair. Feauters Joseph Watts Razormaid Remix Grind records in Spain released this as a 7" single as well with same sleave as the 12" and Anything can Happen on the B-side
Posted by disco2go at 19:46