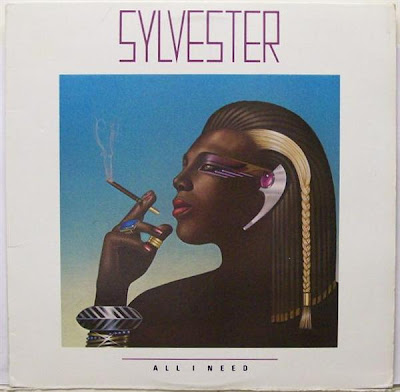 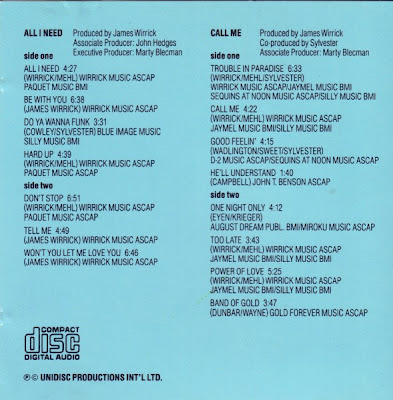 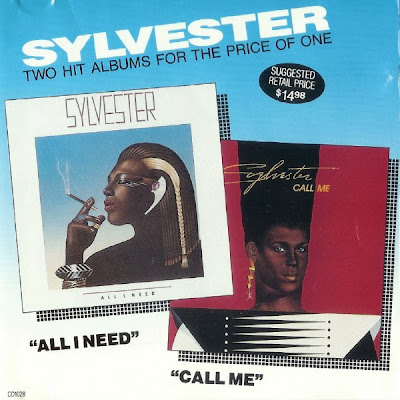 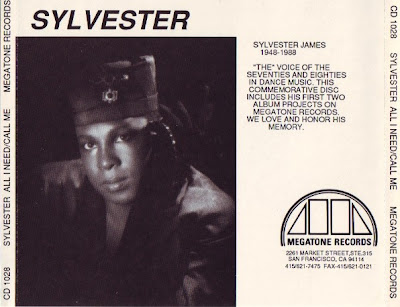 The songs on this album were written by Sylvester's usual and wonderful songwritter "James tip Wirrick". This album was mostly recorded and originally a singer called : 'Gwen Jonae" was going to sing it . However as part of her contract She wanted Megatone (a tiny new indie label) to buy her a $5000 dollar dress-gawn. Megatone refused and Sylvester got the job. This album is simply magnificent. Gorgeus very emotional HiNRG. Most of the lyrics are of the "I want you... but I still don't have you" type . Its a very electric L.p...mostly Synthesisers. Ocational funky guitars. Everything is tastefully arranged. greatly arranged .Very classy songs. The backing vocals are incredible and feauture Martha Wash once again + Daryl Coley and Jeany Tracy. "Do You wanna funk " was added to this album as well.. although it doesn't really sound like the rest of the album.

In 1990 This album was released as a single Cd together with Sylvesters next album Call me (i.e 2 classy albums on 1 CD)( Megatone CD 1028) Also Unidisc records in Canada has re-issued this album on CD However they have changed the name of the album from all I need to "Do you wanna funk". It includes some additional tracks... which are different mixes of Tell me and Be with you.

1. Don't Stop b/w Hard Up- both album versions- 12" also released in Spain by Hispavox - however the spanish 12" has Tell me L.p version on the B-side instead of Hard Up.
2. Tell me (remix -feauters new vocals +frenetic bass guitar) b/w All I need (different mix from album) 12" The12" I have was released by Hispavox in Spain (549 051) and it has a picture SLeave of Sylvester popping out from a glassless window and holding his head in his hand.
3 Be with you ( Ben Liebrand mix) 12" released by Ariola in the Netherlands
4 All I need- 2 mixes-7"( Megatone)
Posted by disco2go at 19:25

In that case, this kind of question should not be taken from any show telecasted in specific country.
* Team answer sheets - Basically a grid lined A4 type sheet with answer write in numbered boxes and a line on top for the team name.

(Thank you rounds are always welcome, of course.
At the end of each round read out the cumulative scores.
Ask your local club to run this for you.

On Sunday nights Erin Jaimes hosts a blues jam where anyone from Alan Haynes to Gary Clark, Jr.
Anna had been looking through my phone while I was naked.
8.

So you are looking to rid your girl of these unwanted stalkers when you are drawn to Willow Creek's Black Mirror Castle. You make different challenges like scavenger hunts, food challenges, mazes and races. That is the new craze in on the internet gaming, and numerous girls and teens are possessing a blast.

Check out my site phoenix