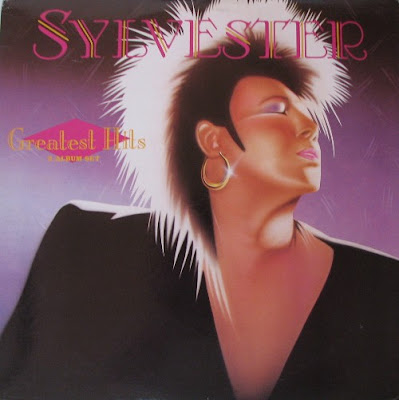 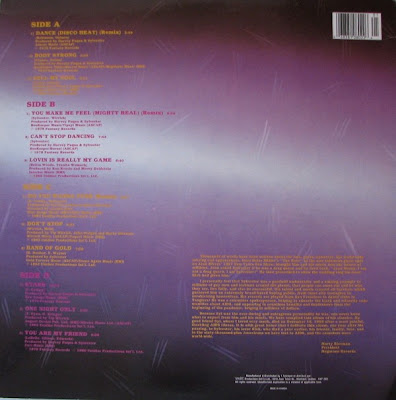 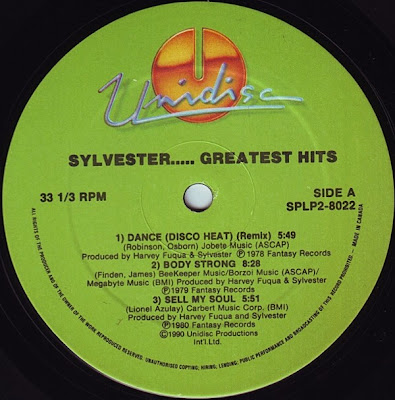 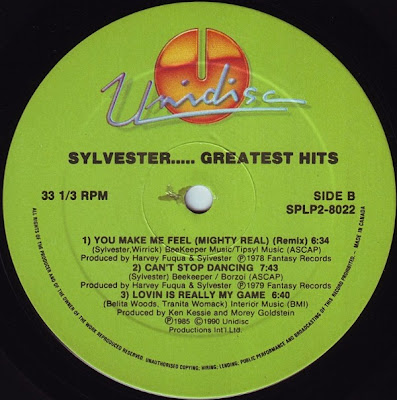 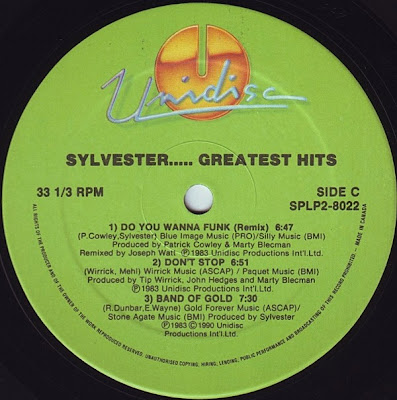 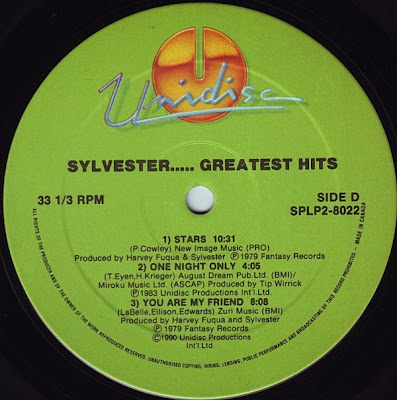 Disco queen Sylvester delivers 20 of her best on GREATEST HITS including "Body Strong" and "One Night Only."

With several outdated Sylvester collections on the market, this hard to find Canadian import is by far head and shoulders above the rest. For example, 1989's Original Hits unbelievably left off "Do You Wanna Funk," one of his signature hits, and other collections, such as 12 by 12, leave off "You Make Me Feel (Mighty Real)." Therefore, this Canadian collection stands as the definitive Sylvester hits package, containing the full-length versions of his dancefloor classics. Greatest Hits includes his three American Top 40 hits, including the aforementioned pair and an 11-minute version of "I (Who Have Nothing)," as well as his U.K. hits, which include "Stars" and "Band of Gold." Additionally, the collection boasts excellent audio quality and live tracks such as "You Are My Friend," but unfortunately lacks detailed liner notes and photographs, which would have been interesting, especially considering Sylvester's colorful, inspirational, and ultimately short-lived life. So, for those wanting a comprehensive collection of Sylvester's music and an excellent testament to the bygone era of disco music, this rare double album is the way to go. ~ Jose F. Promis

Fantastic 20 song collection of the best of the late disco star, showcasing all her glorious moments. Includes all the greats like "Dance Disco Heat", "Do You Wanna Funk", "Be With You", "You Make Me Feel (Mighty Real)", "Take Me To Heaven", plus the original 12" mix of "Menergy", a long sought collector's item. Rupaul may come close, but Sylvester was and will forever be the Queen Of Disco.